Nobody cares that MONOPOLY was stolen. 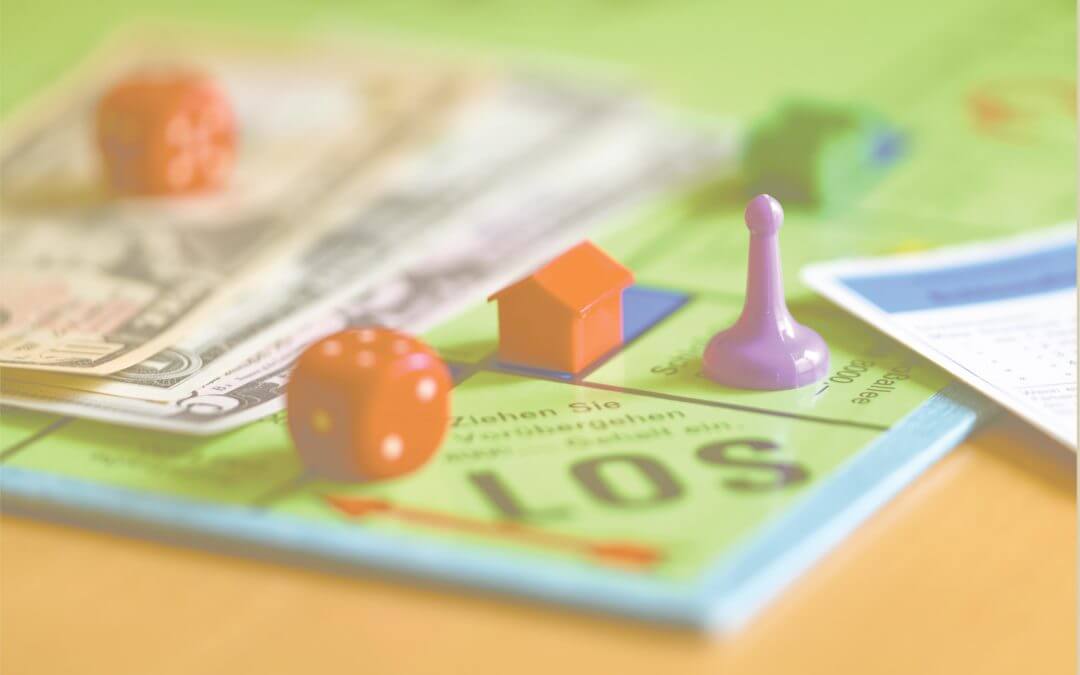 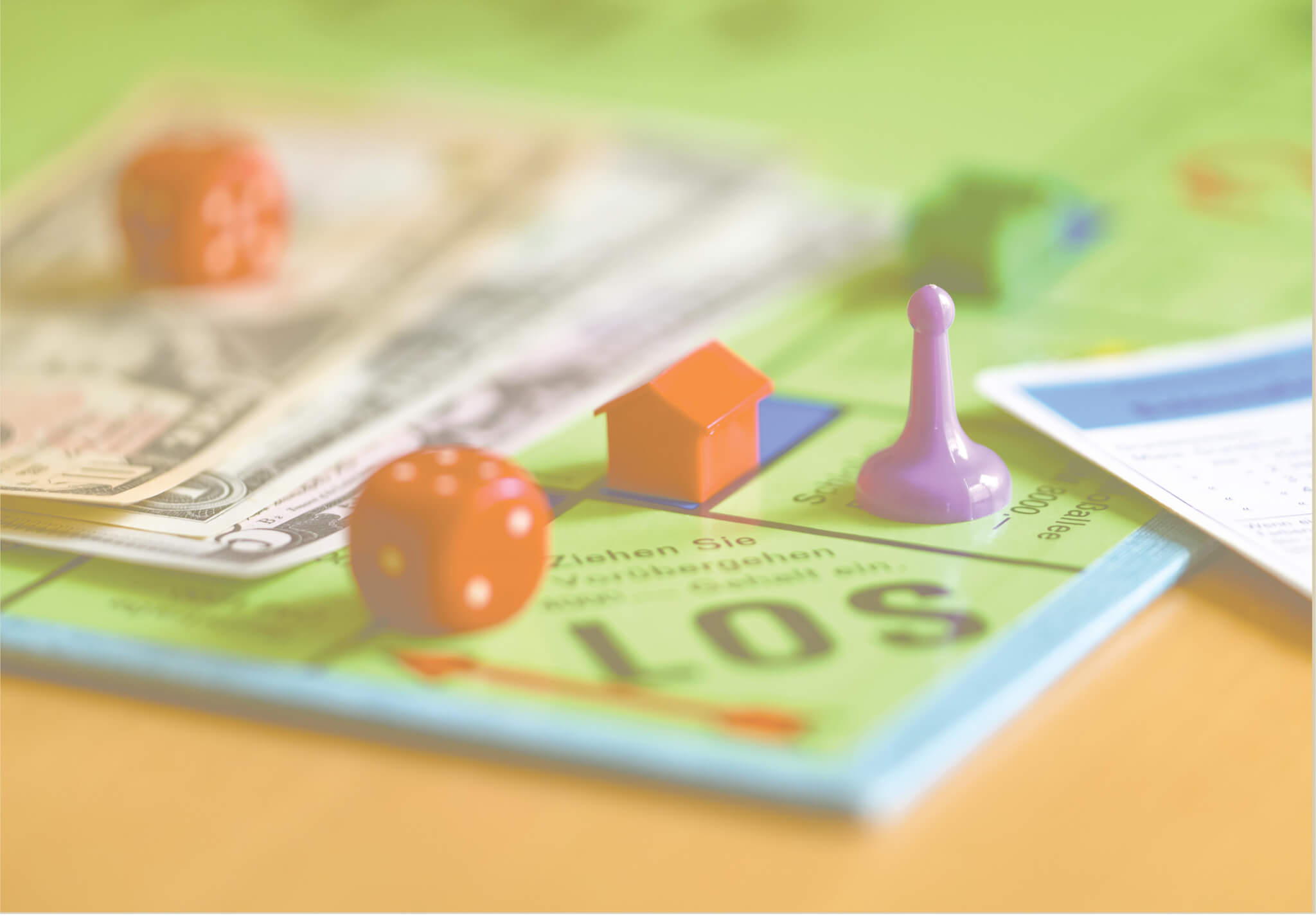 Nobody cares that MONOPOLY was stolen.

Did you know the original version of Monopoly was meant to show the evils of Capitalism?

Did you know that the inventor sold her Monopoly patent for a measily $500?

And that the buyer made truckloads of millions while she walked away with nothing??

A major Gift·ologist lesson in this little tale…

If you were to visit Hasbro’s website, they’d tell you the inventor of Monopoly is a guy named Charles Darrow.

In 1932, good ol’ Chuck & his wife went over to his buddy’s house for a lovely evening in.

(Isn’t that how MOST Monopoly games get started?)

The game (which she had created in 1904) was known as THE LANDLORD’S GAME.

It was meant to be “a practical demonstration of the present system of land-grabbing… with its usual outcomes and consequences.”

The game featured a square board, fake paper money, deeds, taxes, dice, GO TO JAIL, and a pile of little characters.

Lizzie (as she was known) created two sets of rules:

The first was the socialist version… where ALL PLAYERS were rewarded when wealth was created.

Of course nobody remembers THAT version of the game, because the other set of rules was far more intriguing and fun:

Compete. Accumulate. And crush other players.

That was the version Charles Darrow played on that fateful night.

Darrow –clearly a capitalist himself– took the homemade game and got it in the hands of some smart mass-marketers.

It was the GAME OF THRONES, HARRY POTTER, etc of the day.

Darrow became a rags-to-riches story and an absolute media darling.

Of course nobody in the press ever pressed him on “did you invent this?”

Because if they had, he would’ve (SHOULD’VE) told them:

“No, I didn’t. I was merely the guy who wrote the rules down on paper and changed the name.”

“I negotiated a royalties contract with one of the Parker brothers, who paid $500 for the inventor’s patent in 1924.”

No, Chuckie never responded *that* way.

That would have been way too honest (and incriminating).

When asked, “how did you invent the game, Mr. Darrow??” his response was:

(Yeah. Unexpected that you were gonna show up to your buddy’s house and play “THE LANDLORD’S GAME.”)

It was far more romantic that a game about capitalism began with a spontaneous, out-of-left-field, stroke of genius!

And isn’t it ironic (doncha’ think?) that Lizzie’s whole premise was to prove that capitalism was evil?

Although being that her homemade game made millions and she got none of it… maybe she proved that very thing.

Anyway, Darrow went from being an unemployed engineer to being a multi-millionaire whose descendants STILL collect royalties to this day.

Her obituary (and lonely tombstone) saying NOTHING about her tremendous impact on American culture.

You can Google all this if you think I’m pushing a conspiracy theory. Not I. Not this day.

The facts about Monopoly’s shady origin have been documented since the late 70s.

It’s all written down in the microfiche of our legal system.

Now you might –as I did, upon learning all this– be wondering: how come nobody cares that Monopoly was STOLEN?!?

(I guess technically it wasn’t ‘stolen.’)

(But man. Lizzie sure got the short end of the proverbial, capitalism stick.)

And thus, we have arrived at the point of this post.

The Gift·ology lesson of the day:

A bit of a twist on the old sales adage:

“People don’t remember what you say, they remember how you make them feel.”

Giving the right gift at the right time creates a relic of memories.

In a business world of “what have you done for me lately??” — your gift is a monument to your awesomeness.

Not only will they remember how you made them feel… they’ll remember you as a class act, worthy of any-and-all affections:

And plenty of opened doors.

Want to learn how to give gifts like that?

Not long after writing this article, I was reading SPIEGEL ONLINE, and spied the following:

“A Polish research institute has developed a board game to teach young people about life under Communism.
In the game, which is inspired by Monopoly, players must wait in endless lines at stores for scarce goods.
For added realism, they have to put up with people cutting in line and products running out — unless they
have a “colleague in the government” card.” (The game was soon banned in several countries)

I couldn’t make this stuff up. 😉

I think GIFT·OLOGY needs its own board game.

Go here if you want to pickup a copy of the rules.